Officers show the skin of a Sumatran tiger confiscated during a raid in Pekanbaru, Riau, on Wednesday. Police confiscated dozens deer antlers and the skins of protected animals, including Sumatra tigers and honey bears, from an alleged fence. (Antara/Fb A

The animals are believed to be seeking food in the villages having been driven from their natural habitats, which have been destroyed by plantation, mining and logging activities.

Local residents reported that the honey bears went on a rampage in Hutapungkut Jae village in Kotanopan district, while the tigers roamed through Rantau Panjang village, Muara Batang Natal district. No injuries have been reported.

Based on data from 2006 to 2014, eight villagers were mauled and killed by Sumatran tigers, while the bears have yet to claim any lives, but five people have been severely injured by them.

Hutapungkut Jae villager M. Nuh Matondang said two bears had invaded the village over the past four days. “The bears have destroyed 30 coconut trees. None of the residents dared to drive away the bears for fear of being attacked,” said Nuh on Friday.

He added that villagers had requested help from several institutions to deal with the problem.

Sumatra Rainforest Institute director Rasyid Assaf Dongoran said his team and another team from the Natural Resources Conservation Agency (BKSDA) were currently in Hutapungkut Jae to evict the wild animals from the village.

He said the presence of the wild bears in human settlements was usually a result of damage to their habitats.

“Bears often wander far when their habitat is disturbed. This proves that the TNBG has been damaged by various activities, including illegal logging and mining,” said Rasyid.

He added that the TNBG currently spanned only 72,150 hectares, compared to 108,000 hectares three years ago. Rasyid said more than 36,000 hectares of the park had been converted into plantations and mines.

Given such conditions, said Rasyid, it was perfectly understandable that wild animals like bears and tigers were disturbed, forcing them to infringe on human settlements to seek food, as they could no longer get enough food following the destruction of their habitats.

When reached, TNBG Kotanopan section head Dendi Setiadi confirmed that the animals’ sources of food in the TNBG protected forest area had declined due to habitat damage from forest conversion and illegal logging.

Dendi acknowledged that of late wild animals, such as the Sumatran tigers and honey bears had often intruded into villages in search of food.

He said many residents had fallen victim to the wild animals. He added that his office and other institutions had not yet been able to capture any of the animals attacking the residents.

“We have tried to trap Sumatran tigers several times but failed,” said Dendi, who estimated the number of Sumatran tigers in the TNBG at only between six and 15 individuals, while the population of honey bears ranges from 50 to 60 individuals.

In March, a oil palm plantation worker in Riau was trampled to death by a herd of wild elephants in Bengkalis regency after villagers attempted to chase away the herd, which had entered the plantation.

The local government, NGOs and plantation companies are working together to train the elephants, to bring an end to the many cases of animal-human conflict in the area. **** 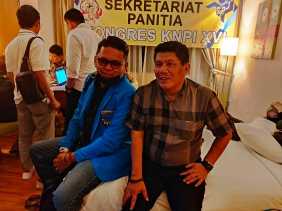 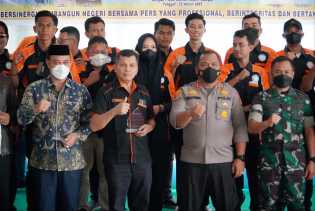 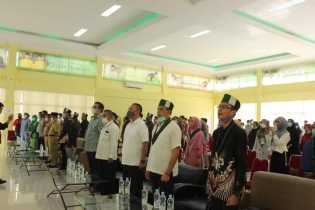 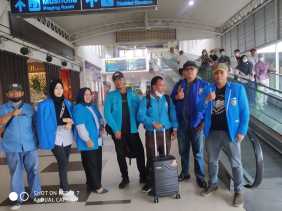